If, on one hand, traditional renewable energy sources offer – theoretically – more attractive solutions, on the other hand we can’t ignore thermal gases and coal potential. In particular, as long as in South Africa it will actually be available a large coal deposit with exploitable quantities at competitive costs, even coal-fired power plants could provide a cheaper and more viable option than other solutions (such as nuclear) thus meeting the basic needs basic energy.

Starting from this scenario, the Kusile project stands up.
Power Plant project is located near the existing Kendal Power Station, not far from Witbank city: it will consist (post-construction) of a total of six Energy Units, each on e characterized by an installed power capacity of 800 MW for a total, global power equal to 4800 MW.
Once completed, Kusile Power Plant will become the fourth largest coal plant in the world.

Relating infrastructure will include a dedicated area for deposit, storage and transportation of coal, belt conveyors for ashes, water supply pipelines, temporary electricity supply during construction, equipment for wastewater treatment systems, ashes disposal, an internal railway line, facilities for limestone unloading, access roads (including haul roads) and dams for water conservation, as well as a rail link for the transport of raw materials. 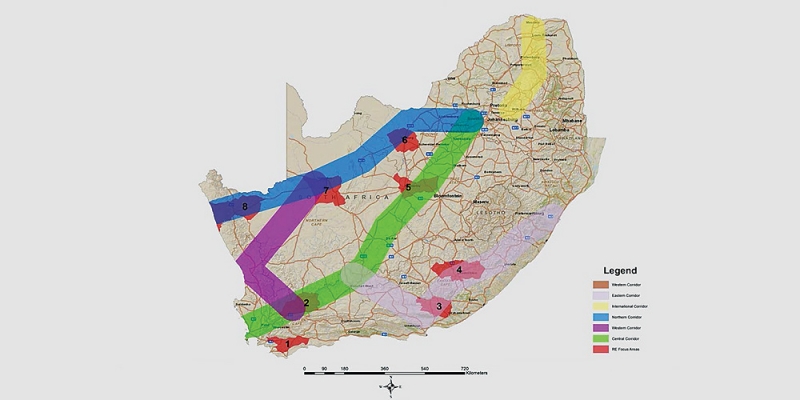 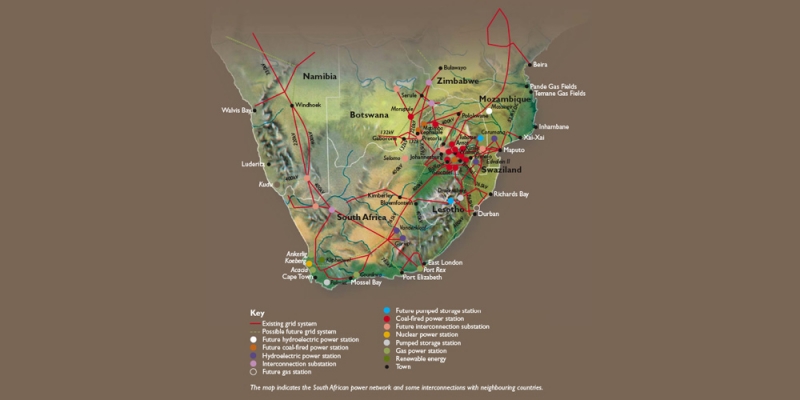 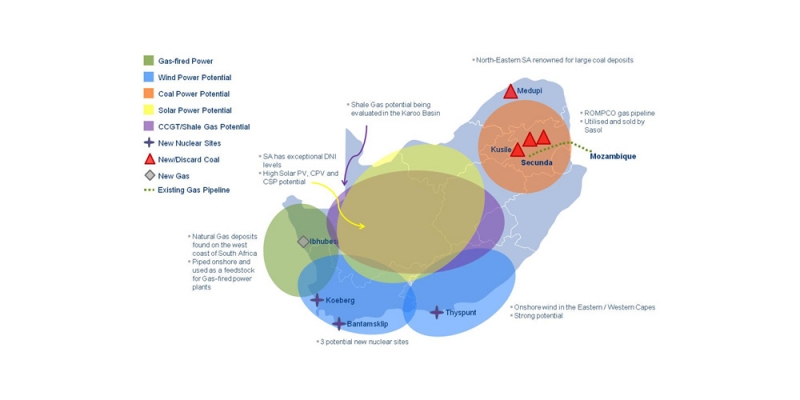 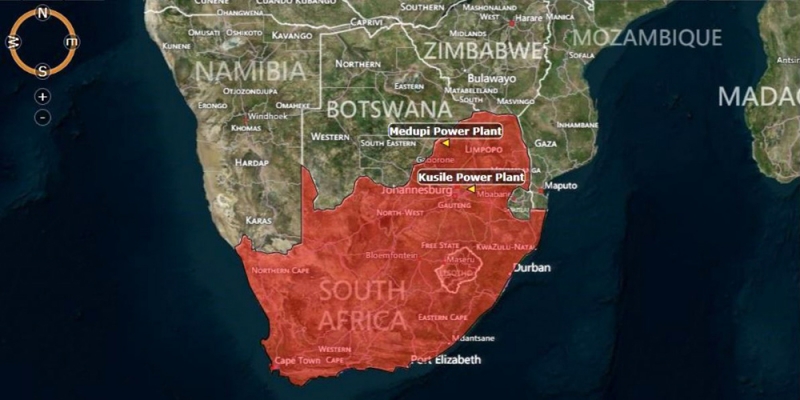 Kusile Power Plant will be the first facility in South Africa using Flue Gas Desulfurization (FGD) – a technology used to remove sulfur oxides, such as sulfur dioxide, extracting this stuff from Power Plants exhaust fumes after burning coal or oil. FGD is a state-of-the-art technology used for the reduction of atmospheric emissions, in line with current international practice, in order to ensure compliance with air quality standards.

The FGD system will be fully integrated in the Power Plant, using limestone as raw material and producing gessite as a byproduct. Each tower-supercritical boiler (high efficiency) will have a height equal to about 115 m. The air-cooled condensers (ACC) will be built on the basis of concrete columns 60 meters high.

A total equal to 16000 tons of structural steel will be also used for the construction of the boilers of the first unit and it is expected that 115400 tonnes of steel will be used to construct all the other units and the rest of the system. Most of the coal used will, instead, made from the local coal mines.
…..
The Automation project, based on combined technology Melody + ABB Industrial IT 800xA, provides 70000 signals distributed on over 50 processors.
D.E.A., with its development team, has played a pivotal role in delivering the project, and has provided solutions with alternative proposals aimed at managing the entire process.

D.E.A., particularly, has managed configuration of the following steps:

After a stage configuration and internal testing, the FAT phase followed (managed together with the Client), while the D.E.A. team helped draft functional descriptions of the Process Control.

This phase was completed in the month of November 2015 with great satisfaction of the all the actors involved in the whole project.

The global Kusile Power Plant life-cycle is estimated in not less than 60 years.
Commissioning of the first Energy Unit is currently planned for the first half of 2017, while it is expected that the remaining Power Units will get into operation later in that year.

Download the full Reference for Kusile Power Plant project.
Fill in the form below.